Getting away is fun

I just got back from a few days in England. It was nice to get away (although, I didn't totally get away since I gave a research talk - one in which I got viciously attacked on some minor points). What was really nice was getting away from the news. I think it's good for me to pay less attention to all the craziness in the world... I will try to avoid it as much as possible from now on.

Oh, and for your entertainment here are some signs that may not have the same meaning in American English as British English: 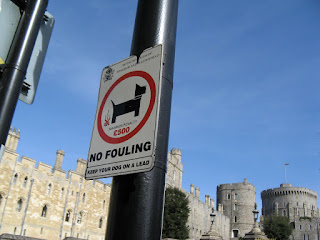 In Windsor, near the Queen's home 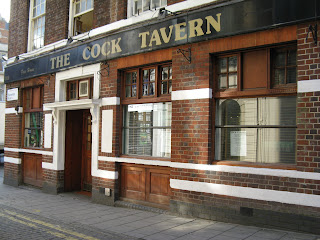 In Hackney, London (voted the worst place to live in the UK) 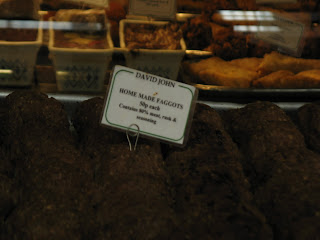 Remind me not to drive in Texas

In many states it's legal for the local police to seize property of criminals in their jurisdiction. This is meant to encourage local law enforcement to catch drug runners (who have nice cars or lots of cash on them) by letting them keep the booty they find. Unfortunately, some jurisdictions decided that it's a great way to steal things from minorities. They threaten the people they pull over (with bogus charges like "driving too close to the white line"), get them to sign over their property and never charge them with anything. Of the 40 people contacted by the attorney of one of the victims, 39 were black. It's not just a few bad cops, they have the whole system set up so that they could quickly seize valuables from whoever they pull over:

The process apparently is so routine in Tenaha [TX] that Guillory discovered pre-signed and pre-notarized police affidavits with blank spaces left for an officer to describe the property being seized.

It is absolutely sickening that this can be happening. The mayor (the only person who's responded to calls) says "We try to enforce the law here." Go to hell...

Hopefully the lawsuit currently against the city goes somewhere.
Posted by MXH at 7:39 AM 0 comments